The Hohenlohe Regiment were a German regiment raised by the Count-Prince Leopold Friedrich of Hohenlohe in 1691. The regiment had 10 companies of musketeers and 1 company of grenadiers, I will include grenadiers from this regiment in the upcoming release of the Nine Years War submod. In 1694 there were 2 other German units in Venetian service, include the Bayreuth Regiment and the Waldeck Regiment. The Hohenlohe Regiment was among those sent to the Peloponese in the Morean War of 1684-99. Venice was not a participant in the Nine Years War in part because of this. France was the main provider of Venetian artillery prior to the Nine Years War, and the fact Venice was surrounded by the Austria, the Spanish controlled Duchy of Milan, its German state allies, and their Italian ally the Duchy of Savoy also ensured it would not get involved on the French side.

An ealy 18th century tapestry shows Venetian cuirassiers still wearing the three-quarters armor that was already obsolete by this time. There appear to have been at least two cuirassier regiments, one with red cuffs and another with blue cuffs. One of them was called the Girona regiment. The cuirassier below is based on a picture I found of a Venetian cuirassier from 1685. It appears they sometimes wore helmets, but perhaps not always, based on the image, In the tapestry however, they are wearing helmets so I may include both helmeted and non-helmeted cuirassiers for this faction. 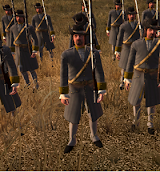 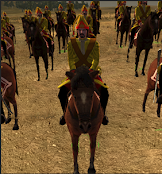 Austrian Dragoon regiments Left-to-Right: Sodenau (or Saurau depending on sources) regiment, Lowenfeld Dragoons, Jorger-Herberville Regiment and Wurttemberg Dragoons. I've given them the "Steinkirk-tie" that was popularised during this war. Interestingly, there were Wurttemberg Dragoons in both Spanish and Austrian service during the Nine Years War, and they appear to worne the same uniform, though the tie may have been white in the Austrian case, and black or dark grey in the Spanish case. The Duke of Wurttemberg raised troops for Spain and for Austria as part of the subsidy system, whereby great powers such as Austria, Spain and the Netherlands subsidised smaller states (usually German) to provide regiments to serve in their armies. Both Wurttemberg Dragoons regiments appear to have served in Northern Italy during the war. 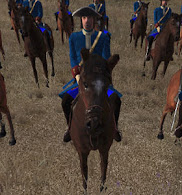 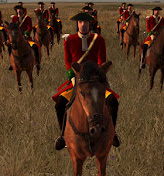 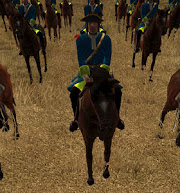 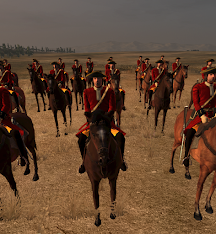 I'm working on a Nine Years War submod for Empire Total War, covering the conflict between Louis XIV and the Grand Alliance. (NB you can click on an image to enlarge.)


Some generals in this period wore a cuirass under their justaucorps. A portrait exists of John Churchill, later Duke of Marlborough, doing so. In contrast, Electoral Max II Emmanuel of Bavaria is depicted wearing a cuirass over it. Still others are depicted wearing corselets. Here is some of my work on the three types of general. NB The generals bodyguard models are not done yet and will change from the ETW originals. The last one is Spanish and based on the research of the Count of Clonard in the 1850s. Some Spanish generals seem to have worne purple, but no country had a general's uniform per se at this time (Saxony introduced one only in 1733). So I largely relying on portraiture and paintings of battles as a source. The generals are also replaced on the campaign-map models.


According to Anton Hoffman's plates in Army of the Blue King, officers of the Bavarian infantry regiments wore reverse colours at the start of this war, as well as a cuirass. The pikemen in this army were already abolished in 1687. Below is a work in progress on the officer of the Steinau regiment. Army of the Blue King says that the tricorne was already used by this stage in this army. The dragoon on the right is from the Red Regiment, which is mentioned in Army of the Blue King as one of at least two dragoon (mounted infantry) regiments (the other one being the blue regiment, which is also in the forthcoming Nine Years War release).


For the Austrian dragoons, I am relying largely on the Xenophon website, which indicates they tended to wear blue or red coats, often with red shoulder ribbons which were the ancestors of the epaulets. Below left to right are: Batt Regiment,  Vaubonne Regiment,  Lowenfeld Regiment and Jorger (Herbeville) Regiment . Xenophon shows a Lowenfeld dragoon regiment wearing red coats with green cuffs, but also a regiment of the same name with green coats and red cuffs. This raises the interesting question as to whether or not there was more than one regiment by this name, or whether - at a time when uniformology was less consistent than in the 18th century - both were used. For the time being I'm going with the redcoats. It is also known that in Montecucoli's time as general, Austrian dragoons wore redcoats, so this could be a continuation of that tradition.

Colonialism 1600AD is a 17th century mod for Empire Total War (PC)  first released in 2014. The mod reflects the changes from diverse to more uniform military dress, the decline of armour, the transition from arquebus-to-matchlock-to-flintlock muskets and from pike to bayonet. To play you will need the original  Empire Total War (PC) game. Installation instructions are below after the screenshots.


Some screenshots. Many more here. 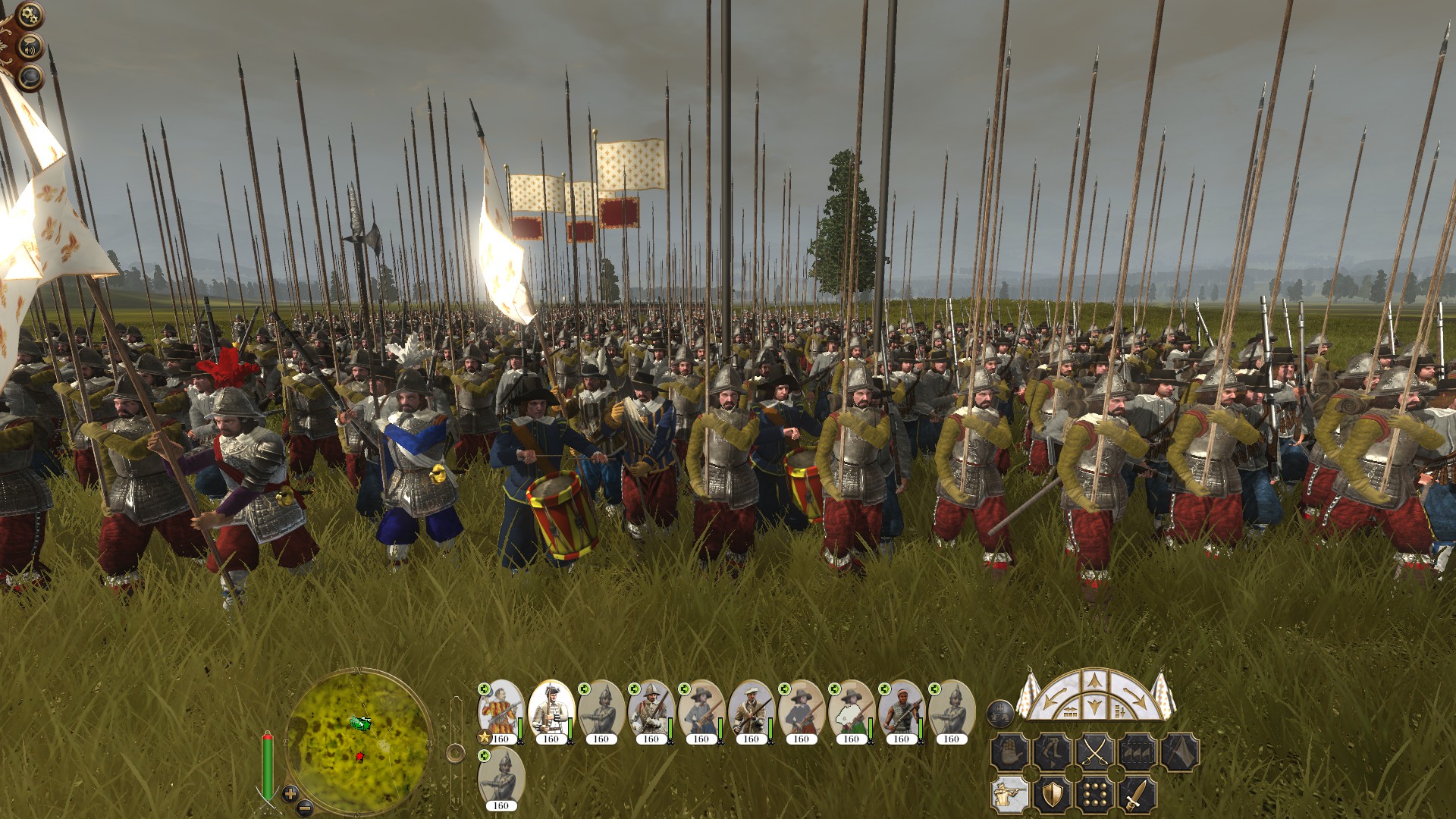 4. Download the crashfix from the Addon section and install in the Data folder over the existing Col_models.pack.

5. Next place startpos.esf in C:\Program Files (x86)\Steam\SteamApps\common\Empire Total War\data\campaigns\main. Now start Empire Total War as normal through Steam. Do not use Modmanager as this may prevent the faction specific generals from working. It is very important that you only install the patch after you install the core mod files. If you have new.pack from the previous installation then make sure to delete it so as to avoid crashes.
Posted by Admin at 6:09 PM 1 comment: